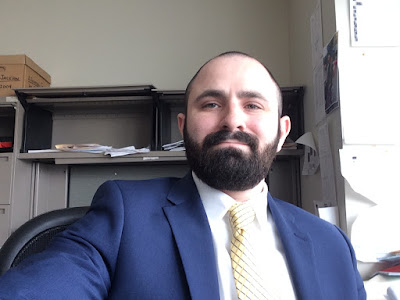 Justin Marrus has built a career as a public prosecutor in the Kings County District Attorney’s Office (also known as the Brooklyn District Attorney’s Office). In his capacity as senior assistant district attorney, Justin Marrus supports an office that has focused on providing assistance to individuals arrested for misdemeanor narcotics possession through the program Project Brooklyn CLEAR.
Project Brooklyn CLEAR (Collaborative Legal Engagement Assistance Response) is a pre-arraignment diversion program through which individuals arrested for seventh-degree controlled-substance possession have the opportunity to access treatment and other support services. Modeled on the successful Staten Island HOPE program, Brooklyn CLEAR allows those who opt into and complete it to have their charges dismissed.
Brooklyn CLEAR began as a pilot program in February of 2018 before expanding to all of Brooklyn the following September. The project quickly began achieving its aim, as its first seven months saw 85 percent of the nearly two-thirds of individuals who chose to participate successfully complete the program.
By the end of 2018, 150 people had completed Brooklyn CLEAR and, as a result, did not have to make a court appearance. In a year-end statement, the Brooklyn District Attorney’s Office credited Brooklyn CLEAR with contributing to the 9.6 percent decrease in criminal complaints across the borough over 2018.
Posted by Justin Marrus at 5:08 PM No comments:

Email ThisBlogThis!Share to TwitterShare to FacebookShare to Pinterest
Labels: addiction, CLEAR, Project Brooklyn, rehabilitation
Newer Posts Older Posts Home
Subscribe to: Posts (Atom)
As a senior district attorney with the Kings County District Attorney’s Office in Brooklyn, New York, Justin Marrus has tried cases that involved financial fraud, narcotics distribution, illegal possession of firearms, armed robbery, assault, and homicide. He also actively collaborates with law enforcement agencies that range from the New York Police Department to the Federal Bureau of Investigation in order to conduct new long-term investigations and strengthen the evidence in existing cases. Over his seven years with the District Attorney’s Office, Justin Marrus has interviewed thousands of civilians and law enforcement personnel to obtain critical information and assess the credibility of prospective witnesses.
Outside of his work as a public prosecutor, Mr. Marrus engages in a diverse array of hobbies that range from blacksmithing to making soap. He is also an avid outdoorsman who loves long-distance backpacking and mountaineering. In addition, his accomplishments as an endurance athlete include bicycling across the entire United States with no outside support.